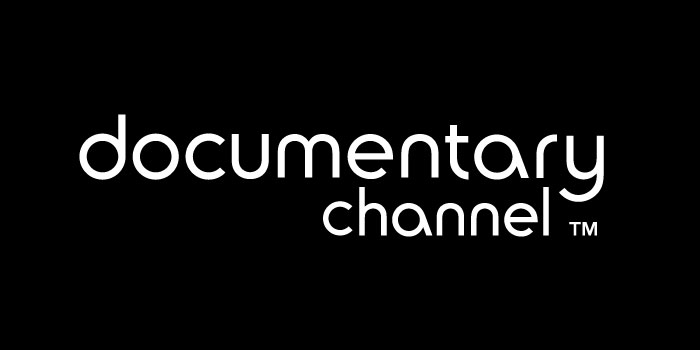 After 3 years of operation, the Documentary Channel needed to leverage its full name to protect the trademark. They required a word-mark that could be used across all platforms. As a name with 18 characters, it needs a degree of  visual space to work as a logo. As a brand element it needed to retain some of the qualities of the previous logo which was a combination of a word-mark with a symbol. The symbol, based on framing the word DOC, was the more commonly used identifier, particularly on the air. However, the CEO felt that this iteration of the DOC logo was not communicating the subject matter of the channel and that the full name needed to be reinforced. It was time for a rebrand.

I started to look at typefaces that had a strong geometric style. The original DOC looked like it was based on a modified form of the Bauhaus font. That mark although strong, truncated the lower case letters, and the legibility of the doc was questioned; a another reason the CEO wanted a rebrand.

What was apparent was that many channels with long names  have faced the same problem. The National Geographic Channel has a very strong brand component and can dispense with the name for a yellow frame. Discovery uses a stylized D, and others resort to some abbreviation or stylization of their name. These decisions are easy when a brand has been around for a while. With a new channel with a multitude of competitors, the process needs to be considered in the context of the most common usage of that identity, namely the onscreen logo ( or bug as it is known in the US).

I recommended a solution that could leverage both the full mark and an abbreviated version for the air. This was initiated by the creation of animation that would transition from the full name to the first three letters and thus become an onscreen bug.

The typography used, ITC Ronda, is very distinctive, geometric and contemporary, but the mark has a lot of characters and thus needs space to read. The typeface was too fine for uses as a mark, so I reworked the letters so that they had more weight.

The stacked arrangement of the words creates a recognizable, shape which can become a visual mnemonic. I eliminated ‘the” as it always felt superfluous.  I of course explored other embellished treatments, but decided that simplicity was best.

The new solution was well received and managed to find a balance between functionality and attractiveness. With the advent of Social Media a new version of the logo was created to work as a new brand element.