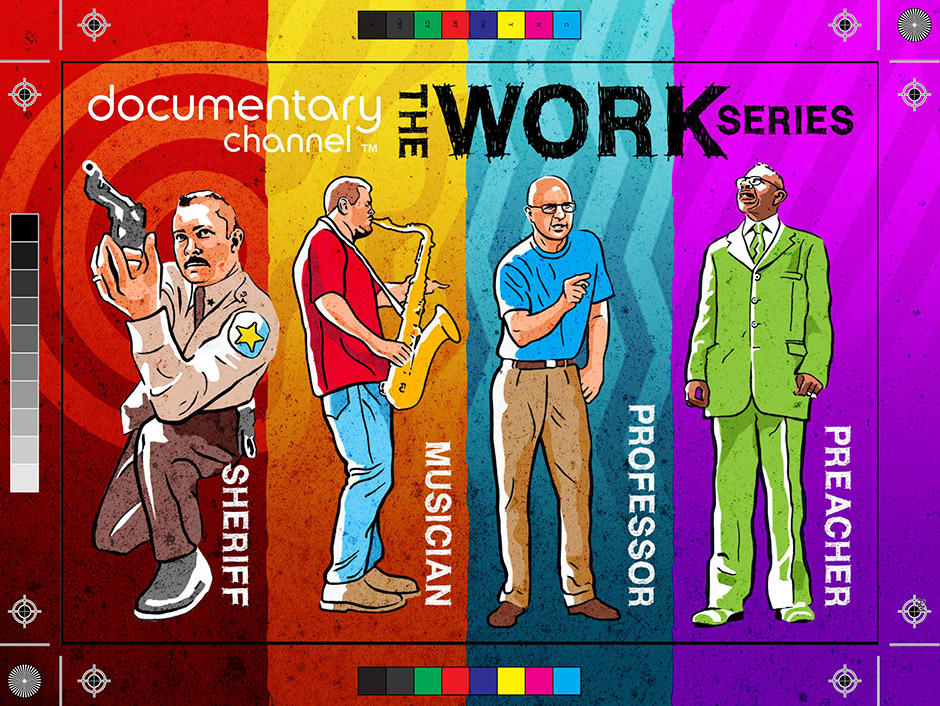 The Challenge:
In its later years, the DOC Channel promoted specific titles or series as stunts. The design work was conceived so it could cover all the marketing bases. Thus a design would work as graphics for a promo, a web-banner, for print adverts and direct mail.

The Solution:
This is an example of graphic where I wanted to bring an illustrative style (as opposed to using photos) to the marketing mix. The documentary series featured various people in different walks of life. I created digital illustrations that were animated for promos, where the artwork was ‘drawn on’ based on the characters in the films.

The Result:
With a kit of elements I could then repurpose the work for different platforms, which created a cohesive look and feel and hopefully would capture eye-balls. The upshot of working this way meant that the work could have a lot of bang for the buck.