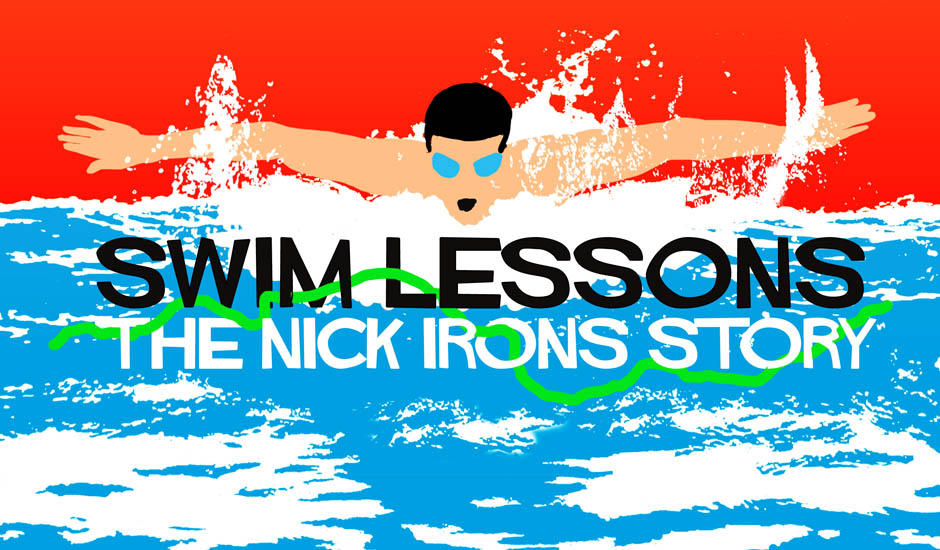 This was a design for a promotion for the film “Swim Lessons”.  The film details Nick Irons who swam of the Mississippi River, as a way to honor his father and raise awareness of  his MS.

I wanted to give this a bold graphic style that could work across media.Rather then resort to using photographic images or footage, I felt that a very stylized treatment that had the look of a silkscreen, with flat bold colors and shapes could dramatize the story of the film.