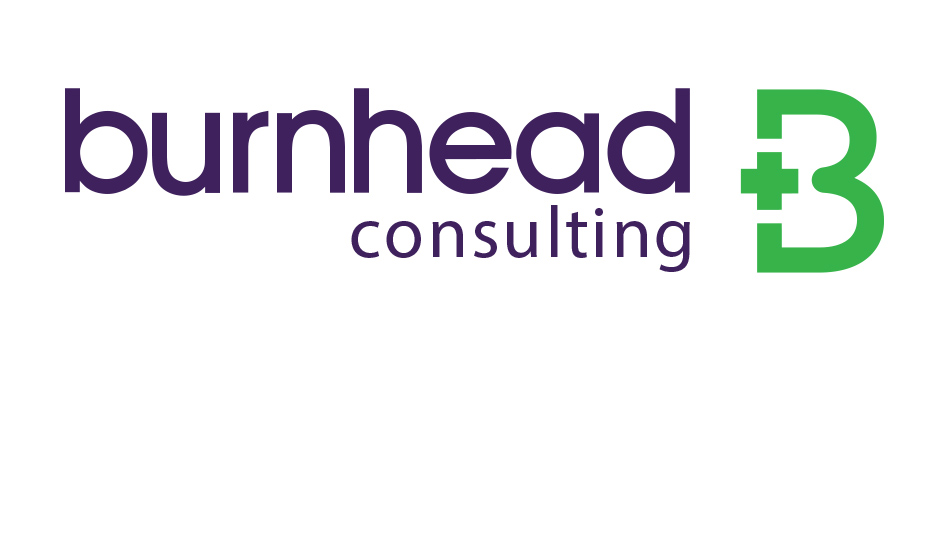 I initially explored visual ideas that related to the meaning of ‘Burnhead’, a name which is derived from ‘burn’, the scots word for a ‘small stream’. I created some sketches which looked at stream/river motifs. However, I realised that this signifcance did not translate well to the actual market segment of the business.

I then began to think of visual references for health and safety, the area that the business addresses.Warning signs are something we see everywhere – a visual language which is associated with the prevention of accidents and safety. After some consideration, I felt that using this language as a source of inspiration, might be too literal and wondered if a more abstract approach would be more suitable?

After studying the business name for possible visual ideas, I felt that a typographic solution might be best. I often prefer solutions which use letterforms. The capital B, as an initial (and a letter with a strong form) offered interesting possibilites. Safety could be conveyed by playing with the shape of the form, which has some similarites to a padlock. Often, a simple visual idea can be a stronger metaphor in the context of a logo.

Bringing a simple visual connotation for the health side of the business, seemed much harder to convey. I started to break the forms of the B and I noticed that at the junction, where the ‘bowls’ of the letter meet, there is a partial plus-sign or cross. The cross is of course an emblem associated with first aid. As an element within the ‘B’ the padlock reference seemed even more visible. The cross also reads as plus-sign, a positive mathematical symbol and might also convey

the idea of bringing added value. having multiple readings in a logo can create interest and work as a mnemonic device.

Consequently, this seemed a more succinct and powerful solution, which was much more engaging then other sketches I had produced. I created a number of iterations to refine the B and felt that green was a good colour, as it references safety, as opposed to red (which is associated with accidents and hospitals).