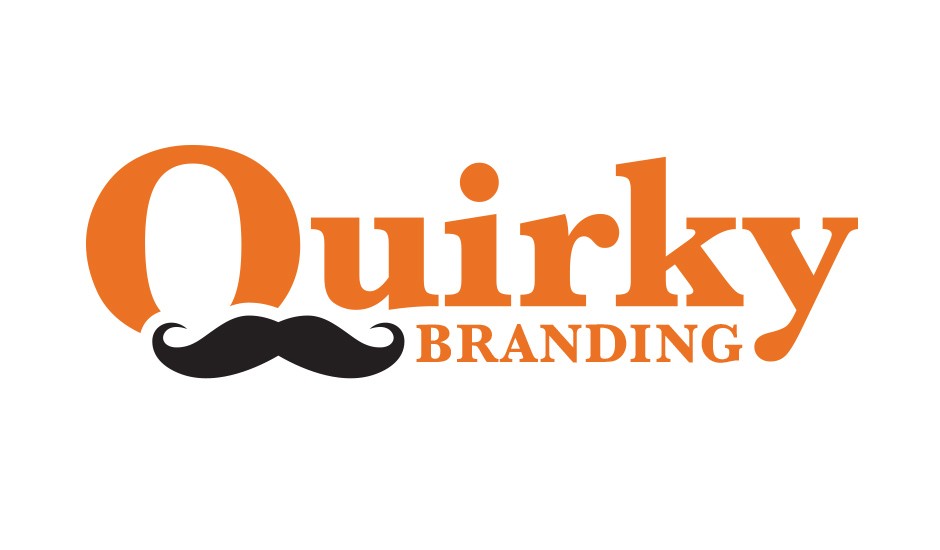 A new branding agency called Quirky Branding required an identity that would correspond with their unusual name and play well with multiple screens.

Before I sketch I like to research and brainstorm the subject in question. I believe that often leads to a more focused concept. As famous designer FHK Henrion said: “To design is to have a plan, a concept in one’s mind before it is carried out.”  This can eliminate weak ideas and allow a more targeted idea to develop.

I started with the name to see if there was anything that would lend itself to a typographic solution. I felt that the Q of Quirky held the most promise, particularly as the client was looking for a concept that would work in social media. Given the name, I felt that there needed to be a property that would bring an element of humor to the brand, which would suit an agency where the comedy was a selling point.

The Q has a tail, which I felt would provide the basis for a solution. Adding a mustache to a face in an advertisement is one of the oldest forms of defacement used to critique pomposity.  I settled on a comedy mustache which had a touch of whimsy and flourish. This brought the important quirky ingredient that the brand was looking for. My final solution involved a Q that could be used separately as a branding device as well as incorporated into a complete logo.