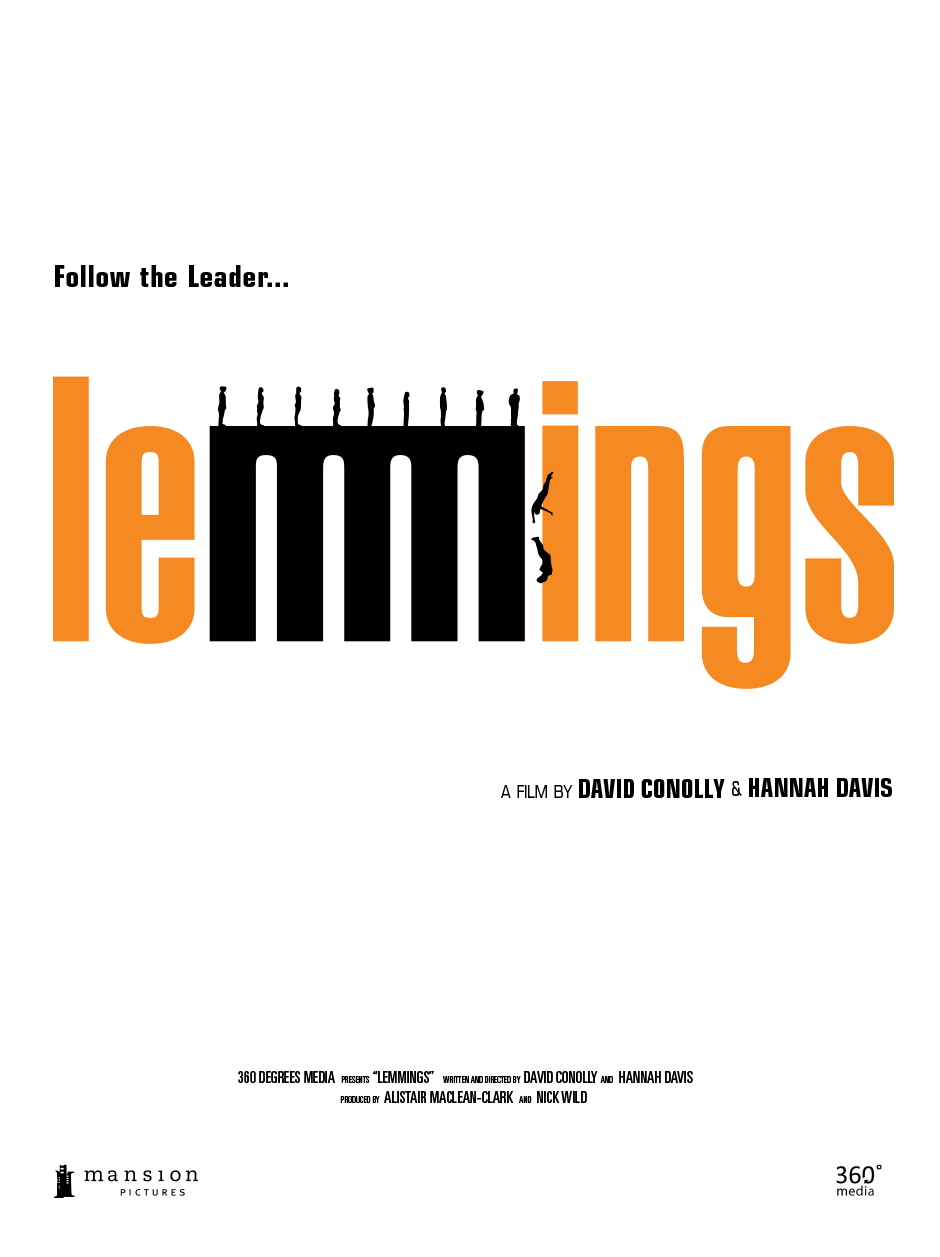 I was asked to come up with a poster for an independent feature film called Lemmings. Currently, the film is in pre-production – there were no assets to draw upon other then the title and subject-matter, which presented a nice opportunity to do something different. The film is set in the English county of Yorkshire and features a mental institution where teenagers are committing suicide.

I wanted to go for something typographic, and stark.  The teenage suicides of the film brought to mind the falling figures of  9/11. I wondered if the Yorkshire dales might provide some inspiration to bring in the theme of suicide. The area is known for its Victorian viaducts, which are composed of arches and have a distinctive silhouette, when set against the landscape. I realized that the word Lemmings has two M’s which could become a visual device to incorporate both the title and theme of the film.  I then set about finding a suitable extended font, which I could rework to the incorporate arches. I added silhouetted teen figures to represent Lemmings — a creature known for its suicidal tendencies.