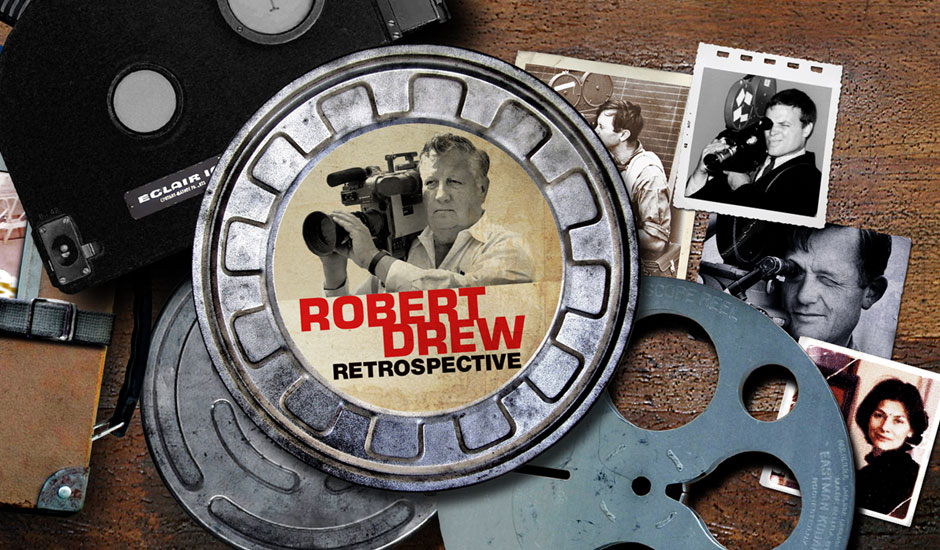 Robert Drew was one of the pioneers of  “Direct Cinema”, with a style of film making that was groundbreaking for attempting to create an objective observer. A subject would be filmed as unobtrusively as possible, with no interference by the filmmakers. Drew captured JFK on his primary campaign when he was an unknown senator from Massachusetts.

I was tasked to design an interstitial that would play prior to the films featured in the retrospective. As a filmmaker showcase, with fascinating material to work with I wanted to do something that would be restrained and in keeping with the subject.

In this piece I wanted to focus on the tools that Drew used to make his films and mix them with ephemera in an attempt to find a different approach from using the usual archival video clips.