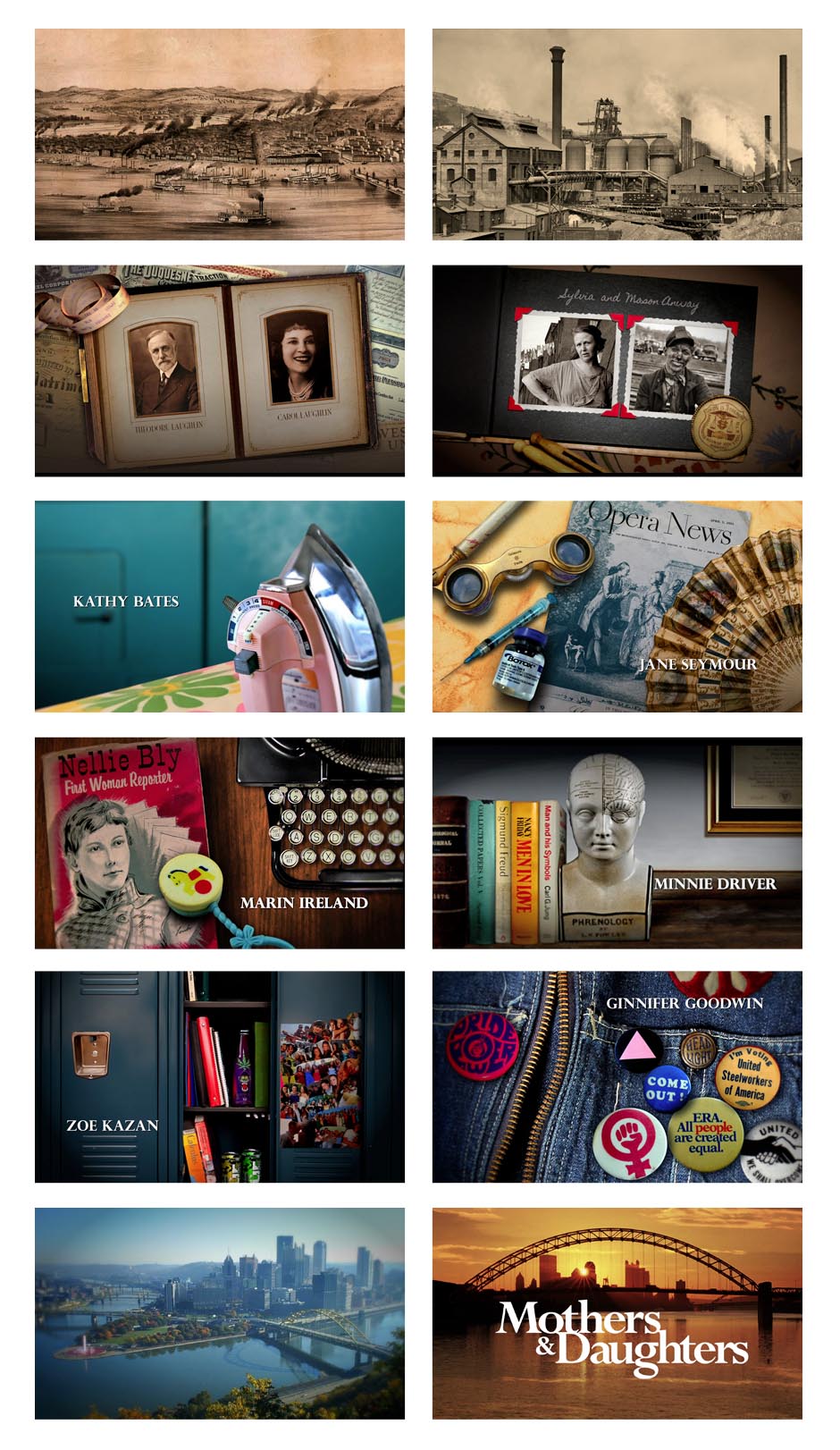 This project was for a pilot TV series centered around two families from Pittsburg coming together in matrimony, one side a blue collar family and the other a rich dynasty. As no footage had been created, all the visuals had to be created from scratch. The title sequence was designed to work as part of a pitch to TV executives, and needed to convey the subject and tone of the series.  Sometimes limitations can be the ‘mother’ of invention.

I think titles should try work in illuminating the content as well help establish the narrative. As a ‘dramedy’ which focuses on matriarchs and daughters, I wanted to define the characters of the story using ephemera that would also tie in with the city location. I set about researching the subject matter. A song by Woody Guthrie, one of the American Folk pioneers, concerned itself with the labor and environment problems of the 30’s in Pittsburg, a steel-town. The filmmakers liked the song and thought it would be a good choice for the music for the titles. The subject of the song tied into the series tumultuous narrative of a poor and rich family being brought together in a “never the twain shall meet” marriage.

Given the lack of budget, I managed to create a sequence using old period photographs and photos of props and ephemera that could tell the story of the characters. These were animated using planar post tricks to create the illusion of dimensionality with camera moves. The objects have inherent stories that relate to the characters and bring the much needed back-story to a pitch. The show runner was keen to have some visuals to aid in the pitch-process as often executives no longer read scripts, and prefer instead to see treatments such as this.